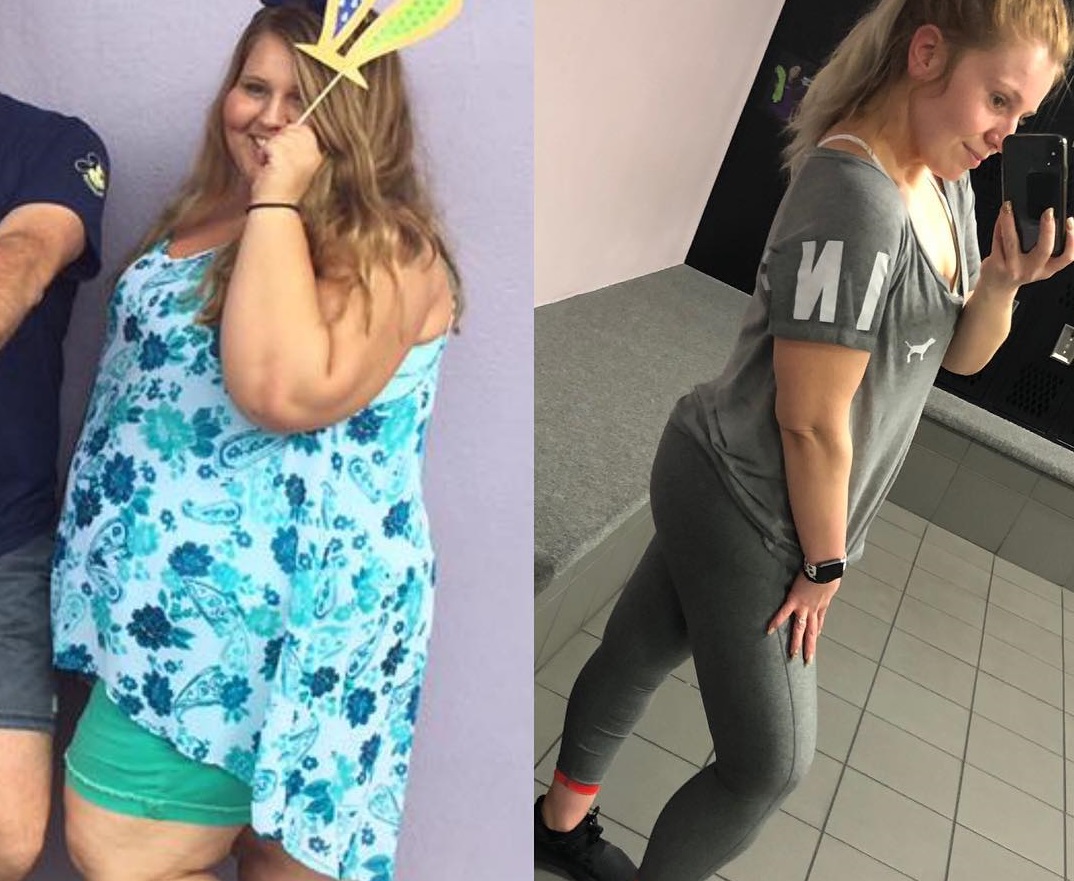 Adriana’s story starts off like so many makeover stories we’ve stumbled upon online. Like millions of people all over the world, Adrianna has struggled with her weight since she was a very young girl. At her heaviest, she weighed 353 pounds. Health was not a priority for her at this time. But her health was starting to get affected by her poor life choices.

Her Lifestyle Was Taking A Toll On Her

If you’re familiar with (or a major fan of!) Rachael Ray, then you’ve probably seen your fair share of complete head-to-toe makeovers. There’s nothing the former Food Network star loves more than transforming people who deserve a little pick me up.

Adrianna’s Story Resonated With All Of Us

Not only did she manage to lose half her weight, working very hard for the body she’s got today. But Adrianna was stuck in a rut, wearing the same outdated outfits. Like most folks who lose a ton of weight, she didn’t know how to dress her new body and find a style that suits her. But before she went on the Rachael Ray show, Adrianna jumped through hoops in order to lose all the excess weight.

“I was not watching what I ate, I ate whatever I wanted, whatever was convenient and just didn’t care about my health at all,” Adriana explained. Sadly, her attitude towards health and food is one many of us can relate to. But for some, hitting rock bottom helps them get the wake-up call they’ve been secretly hoping for.

The Moment Of Truth

Looking at old photos of herself, something inside Adrianna finally clicked. She didn’t want to continue leading such an unhealthy lifestyle anymore. But she was also put off by how much her body had changed through time. It was time to make better lifestyle choices! Wanting to change and being prepared to put the work in the first “ah-ha” moment in any weight loss journey.

How She Did It

Adriana didn’t resort to some crazy diet. She simply cut back on fast food and began prepping healthy homecooked meals for herself. This way she could see what was going into her food as well as maintain control over the portion sizes. She quickly realized that before, she was only eating food, but now, she was finally getting nutrients, vitamins, and healthy fats.

Alongside the many diet changes, Adriana started going to the gym and working those muscles she had never done before. She quickly realized that exercise and diet go hand-in-hand. Finding a workout you truly enjoy is key to seeing results. But combining the two techniques is important as they build off each other. After a gym session, you’re more likely to crave healthy foods, which eventually will lead to massive weight loss. Eating healthy also means that you’ll have the energy to go out and get your sweat on!

The results were simply amazing. Through these simple lifestyle changes, Adriana managed to lose a whopping 180 pounds! But then she was faced with a new challenge. How would she present herself to the world now? Adriana saw someone totally different when she looked in the mirror and she needed to overcome some internal battles.

Many people who have lost dramatic amounts of weight report similar issues. After hiding themselves and their bodies for so long they don’t know how to style their new healthy physiques. Adriana was at a loss, not knowing how to dress her body. She kept wearing a lot of clothes from before she had lost the weight. Clearly, this needed to change!

As luck would have it, Adrianna got a gift sent from above when Rachael Ray and her team stepped in. Asides from helping her work through the aftermath that comes after losing so much weight, the team wanted to help her embrace her new body. They showed Adriana how to wear clothes that would make her feel confident. But they also lent a hand on how to style herself while creating her own signature look. “I’ve worked hard for this body and I am ready for a new look,” said Adriana.

We all should feel comfortable in our own skin. Clothes, hair, and make-up can help boost our confidence, but ultimately how you feel is up to you. Don’t let anyone dictate what you should and shouldn’t wear. After all, if you wear something with confidence, you will walk with your head held high and the world will take notice. Before you go, don’t forget to watch the video and check out Adrianna’s unbelievable makeover. It’s seriously one of the best ones we’ve seen on the show!

Serial tea drinker. Professional wig snatcher. Content creator and video script writer who may or may not be John Leguizamo’s body double. If you don’t like where you are, move. You’re not a tree.

Scroll back to top